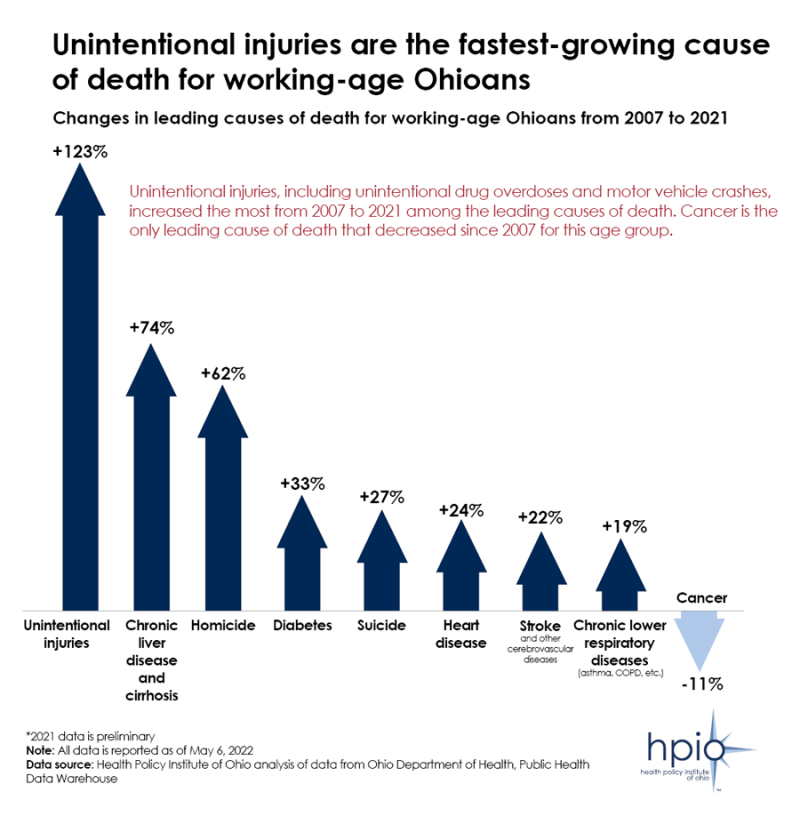 Analysis released last week by HPIO found that nearly all leading causes of death among working-age Ohioans (ages 15-64) have increased since 2007, with the exception of cancer (see graphic above).

Unintentional injuries, including unintentional drug overdoses and motor vehicle crashes, increased the most from 2007 to 2021 (123%) among the leading causes. Chronic liver disease increased 74% and homicide deaths were up 62%.