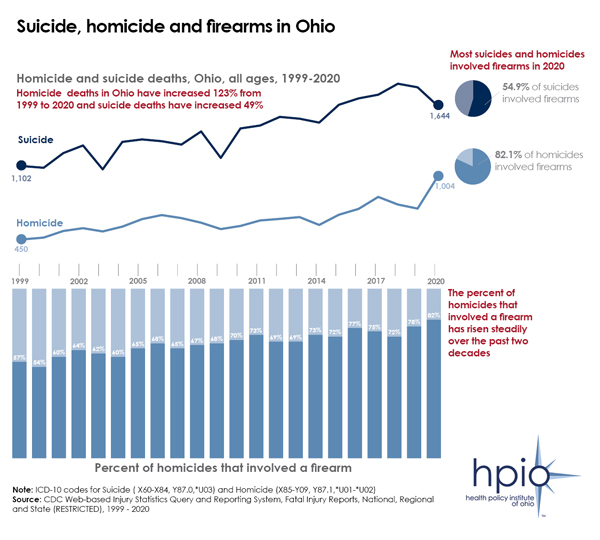 The Ohio General Assembly is considering two bills that would address the state’s skyrocketing drug overdose deaths. Recent resources from the Health Policy Institute of Ohio can inform their decisions.

The graphic above, from HPIO’s fact sheet Refocusing Ohio’s Approach to Overdose Deaths, displays the significant increase in overdose (OD) deaths in Ohio since 2000. It also shows how the state’s rate of OD deaths has increased much more than the U.S. overall. Since 2016, fentanyl and related drugs have been the most common drugs present in unintentional overdose deaths in Ohio.

To combat these trends, HPIO’s brief, Taking Action to Strengthen Ohio’s Addiction Response, provides a prioritized set of policy recommendations. Some of those recommendations are included in legislation before the General Assembly.

The Ohio General Assembly is currently considering Senate Bill 296, which would expand access to naloxone by more broadly authorizing who can distribute the overdose reversal medication. The bill would also legalize fentanyl test strips and other drug-checking technology so that people can check drugs for the presence of fentanyl and other lethal substances in the drug supply.